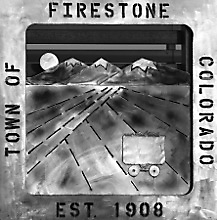 The Town of Firestone, named after Ohio investor Jacob H. Firestone, was established in 1908 to support local coal miners and their families. On May 27, 1907, the Denslow Coal and Land Company dedicated a perpetual right of way to the public, forming the boundaries of the Town. Denslow Coal and Land had purchased 160 acres of land from the widow of Thomas McKissick of McKissick Mine.

Later that same year, Ohio investors bought Denslow out and started the Firestone Coal Company, establishing the Firestone coal mine. 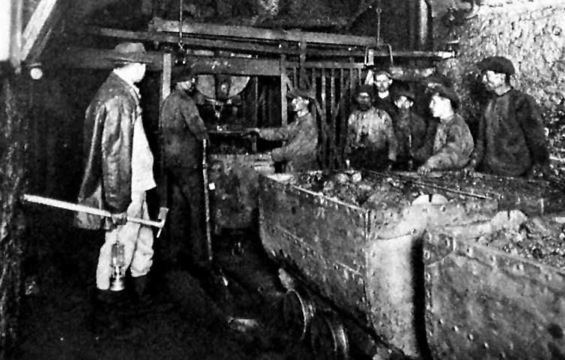 Thomas McKissick and his brothers John and William were all members of the St. Vrain Valley Home Guard, a volunteer militia organized to protect local settlers from Native American attacks.

The Home Guard constructed a sod fortress called Fort Junction between 1863 and 1865 during the Colorado War, also known as the Indian War. Today, St. Vrain State Park occupies the land where Fort Junction was built. John McKissick was elected Weld County Sheriff in 1865 and Thomas succeeded him in 1867. 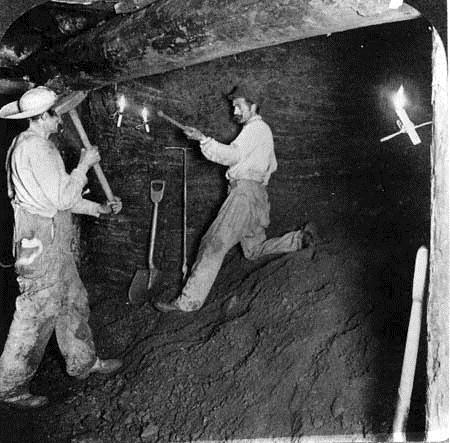 In 1872, the brothers discovered coal in southwestern Weld County, so they purchased railroad land and established Colorado’s first production coal mine, which they named the McKisssick Mine. This mine, which was located where Saddleback Golf Course now sits, required mining equipment, tunnels and workers.

Early History of Mining in Firestone

Five coal mines operated in Firestone until 1947, when all of these mines closed.  During its production, Firestone’s Grant Mine produced over two million tons of coal, enough to fill a coal train for 200 miles. The train track bed that carried Firestone’s coal was decommissioned with the mines, and it was transformed into the 12-mile-long Firestone Trail. This trail runs from Settler’s Park to Coronado Park, connecting many neighborhood and regional parks, the St. Vrain Legacy Trail, and the Colorado Front Range Trail.

The original plat, or plot of land, encompassing the Town ran north up to Grant Avenue, east to Fourth Street, south to McClure Avenue and west to First Street.

Firestone was the third coal mining town compromising a trio of towns northeast of Erie, along with Frederick and Dacono, and commonly referred to as the Tri-Towns or the Carbon Valley.

In 1974, the Planning and Zoning Commission approved a replat, creating new lot lines and removing fire lanes and easements from the previously recorded plat.

On Aug. 29, 2009, the Firestone Board of Trustees hosted a dedication ceremony for the Firestone Centennial Clock, time capsule and associated brick plaza area located at the Jacob H. Firestone Memorial Park.

This project was inspired by Trustee Paul Sorensen, who put forth a tremendous effort to commemorate Firestone.

The brick plaza area is made up of individual brick pavers, which identify the names of many of the project’s supporters. The time capsule is scheduled to be opened in 2059.